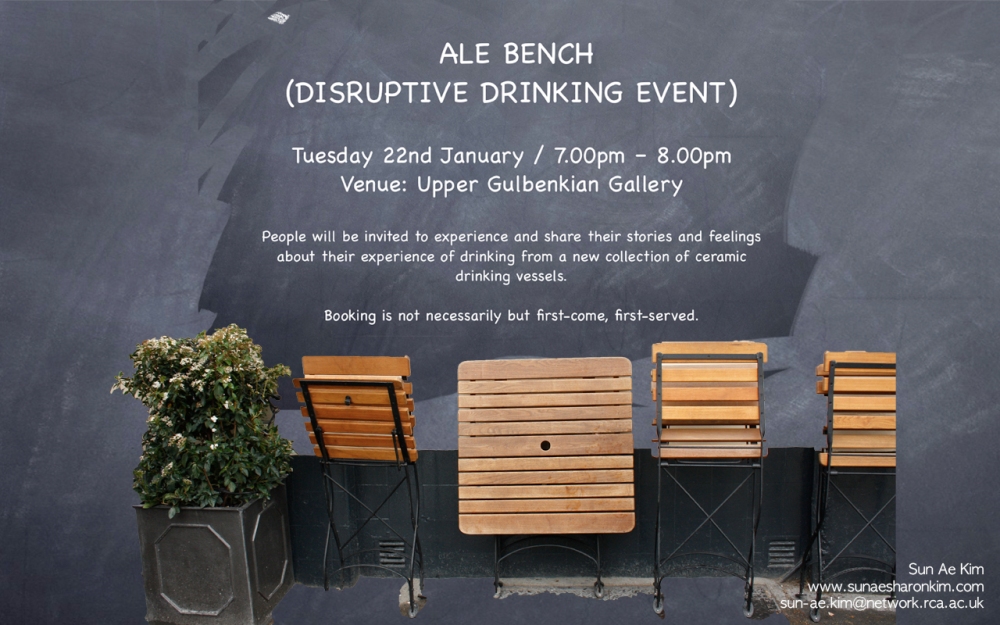 An investigation on the  idea of disturbance, subversion and irritation
in an art and design practice:

The 2013 RCA Research Biennial Exhibition will provide a rare glimpse into the work of 30 of Britain’s most innovative researchers in the fields of art and design. The exhibition of 2013 is curated around the theme of Disruption and the participants were asked to directly respond to this concept by either producing new work, or by imaginatively connecting their research to the biennale’s subject. A full program of events will accompany the exhibition, which will be hosted between 21st and 27th January 2013 at the RCA’s historic headquarters, in South Kensington. Disruption will succeed the RCA’s landmark exhibition The Perfect Place to Grow (16th November 2012 – 3rd January 2013), which celebrates the college’s 175th anniversary by highlighting the work of some of its most important alumni.

The Private View of Disruption will take place in the evening of Tuesday 22nd January 2013 and guests will include members of the press, acclaimed artists, designers and other art professionals including writers, curators and communicators, as well as senior members of the RCA staff. Artist Patrick Keiller has been invited to open the exhibition.

A book, exploring the idea of Disruption in art and design will also be published in January.

Disruption RCA Research Biennial 2013 is funded by the Royal College of Art Research Office.
The Research Exhibition Committee would like to thank
Jeremy Aynsley, Martina Margetts and Suzanne Strong for their help and support
throughout the development of the project.

More about
Research at the RCA