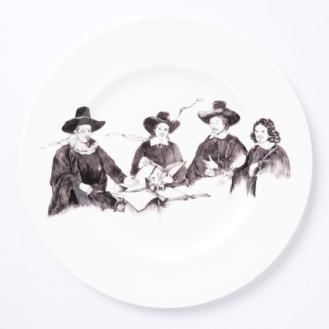 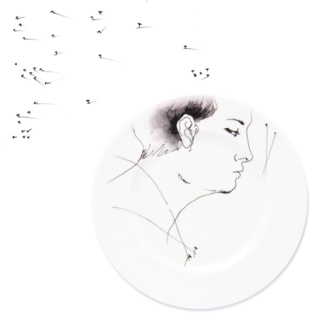 This project was to create 8-12 illustrations for one of the books from Oberon Books Illustration Award.

I am interested in satirical drawings, images and stories in the 18th century in England, specially in ceramic art. I have chosen to draw illustrations of Gulliver’s Travel because of its story is political and satirical which related to my works.
My works in ceramic field, I have been developing satirical images for ceramics, using the 18th century figurines and images mainly, and wanted to expand my interest to Gulliver’s Travel illustrations works.
In the 19th century, it was a fashion to have a series of plates or ceramic sets with popular stories including the Gulliver’s Travel. Therefore, not only I wanted to have an approach to this illustration project, but also wanted to develop further more than ceramic series. This is why I combine the images from photographed ceramic images with drawing images again and I am confident that this is somewhere I would try to go further for the next step later.